December 12, 2022
Things are heating up in Arizona — a bid has reportedly been submitted to buy the NBA’s Phoenix Suns and the W’s Mercury.
Sports BizBasketball 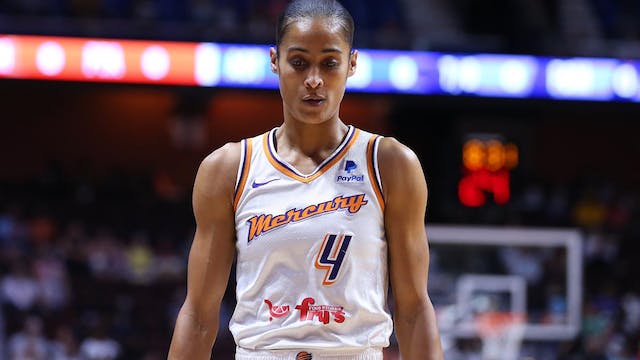 The GIST: Things are heating up in Arizona — a bid has reportedly been submitted to buy the NBA’s Phoenix Suns and the W’s Mercury. Two venture capitalists recently submitted a joint $3 billion offer to acquire the teams from disgraced outgoing owner Robert Sarver, nearing the record price for an American basketball franchise.

The details: Thiel Capital’s Jack Selby and Shasta Venture’s Jason Pressman put in their bid after meeting with Phoenix higher-ups on Wednesday. PayPal co-founder and Thiel Capital founder Peter Thiel would also acquire a “significant” stake if the group buys the team. Competitors have until January to submit offers and tip off a bidding war.

Zooming out: There’s no word yet on the buyers’ plans for the Mercury, but the WNBA’s growing profile makes the franchise an attractive pickup. Wealthy new owners may not only flex their own financial muscle, but also push the WNBA to flex theirs as well, a timely move as the league faces pressure to increase player salaries.