NCAA is on the hunt for a media consultant

December 09, 2022
The NCAA is on the hunt for a media consultant to play an instrumental role in negotiating broadcast terms for around 30 NCAA national tournaments that will soon head to market, per a Tuesday report.
Sports Biz 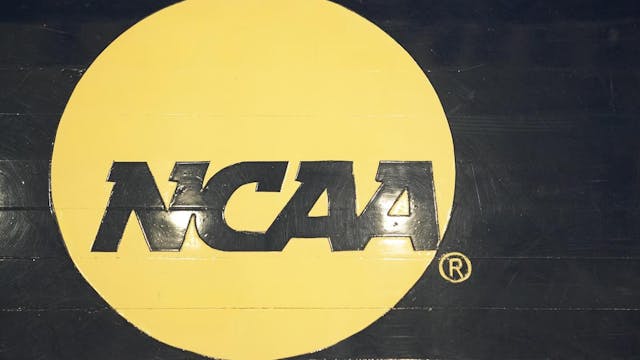 The GIST: The NCAA is on the hunt for a media consultant to play an instrumental role in negotiating broadcast terms for around 30 NCAA national tournaments that will soon head to market, per a Tuesday report. The talks will include college sports’ perhaps most undervalued tourney — women’s March Madness.

The details: Last week, the NCAA allegedly sent out an RFP with a deadline of January 4th. The body plans to choose a media consultant by the end of January before negotiations pick up steam later in 2023.

The package: It may be easier to list what championships aren’t up for grabs when the NCAA’s 13-year, $500 million deal with ESPN ends in August 2024. In addition to women’s March Madness, broadcast rights to the Division I (DI) softball, volleyball and soccer championships, among others, will hit the market. The package also includes rights to DI pre- and post-season basketball.

The contenders: Though no broadcasters have formally declared intent, ESPN reportedly wants to retain the championships. The company is in the midst of restructuring its college sports strategy after losing rights to the Big Ten conference in August and hopes to stay a hub for NCAA championships.

Zooming out: To bundle, or not to bundle, that is the question. The NCAA is on the cusp of scoring one of women’s sports’ largest paydays, but it will work with the new consultant to decide if and how to split the package. Women’s basketball isn’t the only sport making a case to be unbundled either — softball and volleyball set engagement records in 2022.