January 13, 2023
DAZN is taking a direct-to-consumer approach to women’s soccer. On Wednesday, the streamer added a women’s soccer–specific subscription to its platform in Spain, furthering its unique strategy to monetize the rapidly growing sport.
Sports BizSoccer 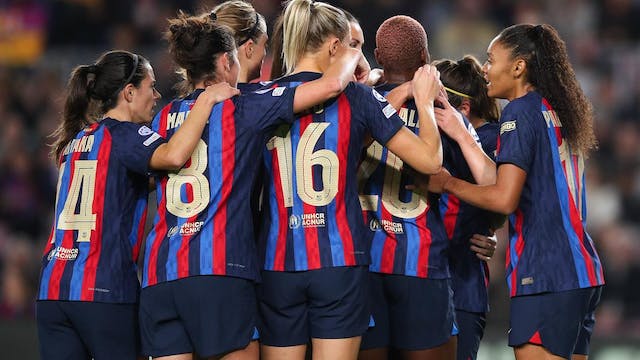 The GIST: DAZN is taking a direct-to-consumer approach to women’s soccer. On Wednesday, the streamer added a women’s soccer–specific subscription to its platform in Spain, furthering its unique strategy to monetize the rapidly growing sport.

The details: For $10.81 per month, the “Victoria'' package will offer access to all Liga F — Spain’s top women’s soccer league — and UEFA Women’s Champions League (UWCL) matches, as well as marquee matchups from England’s Women’s Super League and the Women’s FA Cup.

The why: Spain is making its case as a women’s soccer hotbed. Of the 3.6 million who watched last May’s UWCL final, 1.6 million were from Spain. FC Barcelona also set the global women’s soccer attendance record twice last spring — more than 91K filled Camp Nou for two UWCL games in March and April. Déu n’hi do!

The context: This new subscription package is likely just one prong in DAZN’s plan to recover from a few financially difficult years. The company reported losses of $5 billion from 2019 to 2021 and is expected to disclose negative returns for 2022. However, last year’s financial report should be an improvement after DAZN raked in revenue of $2.3 billion.

Zooming out: As sports bodies and broadcasters try to crack the code on growing women’s sports, DAZN’s package provides a unique case study. It has the chance to showcase the money-making strategy of catering to diehard women’s sports fans, who tend to be more engaged than their men’s sports counterparts.