September 09, 2022
FanDuel is increasing its wager on the WNBA. The company upgraded its sponsorship yesterday to become the W’s official sportsbook and daily fantasy partner.
Sports BizBasketball 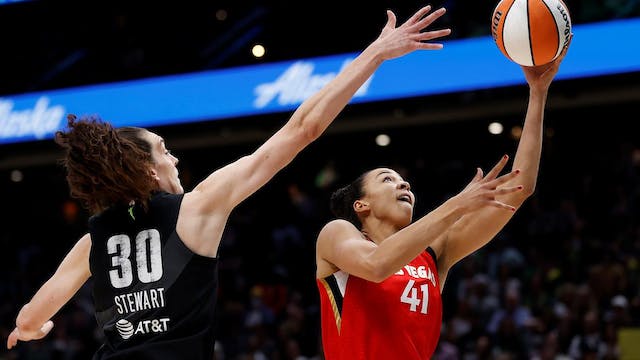 The GIST: FanDuel is increasing its wager on the WNBA. The company upgraded its sponsorship yesterday to become the W’s official sportsbook and daily fantasy partner. The multiyear renewal also involves FanDuel’s content arms, FanDuel TV and FanDuel+, increasing the league’s visibility in the process.

The details: Betting odds from FanDuel will now appear on the WNBA’s digital channels, and the sportsbook will also activate around retail and online wagering. FanDuel TV will air league highlights next season, and the two will collaborate on creating responsible gaming content.

The context: FanDuel and the WNBA initially teamed up in 2017, meaning FanDuel has enjoyed the league’s surging popularity. The sportsbook said WNBA bets are up 270% YoY across all its retail locations, and saw a 101% increase in handle.

The benefits: Premium channel FanDuel TV currently reaches 50 million U.S. households, which the sportsbook thinks will be a perfect entryway for new W fans. “Now if [the WNBA is] on FanDuel TV, it’s like ‘Oh my God, I forgot W was on!’ Now this is another opportunity for them [fans] to engage with the platform,” Matthews noted.

Zooming out: As sportsbooks expand into content creation to grow consumer bases, FanDuel is creating the blueprint for how to leverage women’s sports during expansion.

FanDuel is a partner of The GIST sports news. You can bet on this weekend’s NFL games here.