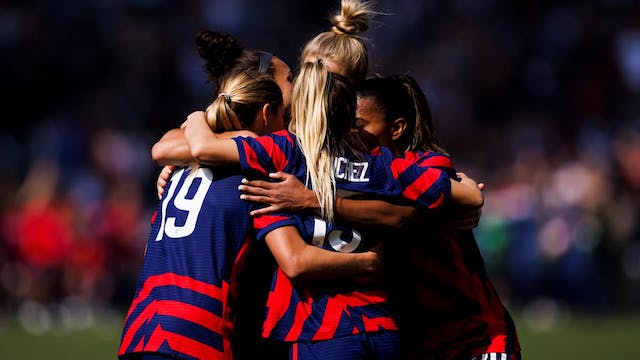 The GIST: The USWNT and USMNT agreed to historic collective bargaining agreements (CBA) on Wednesday, ensuring both teams will receive equal compensation and benefits — including revenue sharing — moving forward. LFG!

The details: In addition to enjoying equal pay and treatment, the teams will split two pots of money — World Cup bonuses and commercial revenue. Teams will pool their separate tourney checks from FIFA and split it 50/50, and will do the same for a portion (10%-15%) of the U.S. Soccer Federation’s (USSF) revenue from sponsors and broadcasters.

The context: After reaching a settlement in February, the CBAs mark the official end of the USWNT’s 2019 lawsuit. The agreements also come after several high-profile sponsors weighed in on this year’s USSF presidential election. Visa and other brands backed Cindy Parlow Cone because the USSF achieved the settlement under her leadership.

Zooming out: The USSF finds itself in a unique position as an organization that intentionally eliminated gender disparities despite existing in an industry full of them. The federation can now market itself as such and attract brands who openly value gender equity. Thanks to the new revenue-sharing model, it looks like a win-win-win for all.