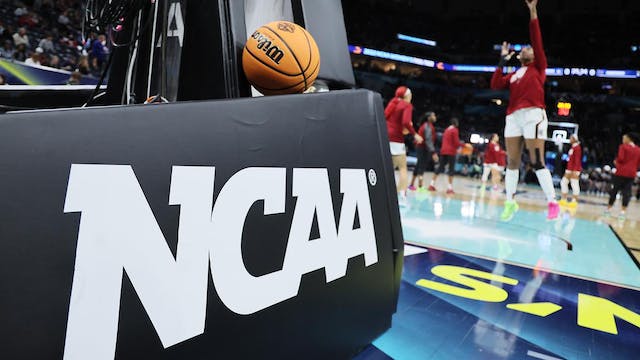 The GIST: Coming soon to a screen near you: more women’s college hoops. The NCAA DI women’s basketball committee reportedly met this month to launch a women’s version of the men’s National Invitational Tournament (NIT), a secondary basketball event that runs concurrently with March Madness. Hope you’re up for another bracket challenge.

The details: Thirty-two teams are expected to compete in the (currently untitled) women’s event, and the format should resemble the single-elimination men’s NIT. The committee is allegedly working out estimated cost, revenue and the governance process, but there’s no word on a timeline yet.

The inequity: There actually is a women’s NIT (WNIT), but it’s operated by third-party company Triple Crown Sports (not the NCAA), and each of the tourney’s 64 teams pays at least $12K in travel costs to compete. By comparison, the 32 teams in the men’s NIT have travel costs covered by the NCAA. See what we mean by a sexism problem?

Zooming out: By expanding women’s basketball programming, the NCAA may be able to answer the questions asked about all second-tier sports properties: Can the popularity (and dollars) of March Madness drive interest in the sport to fuel success for teams that don’t make the cut? And how is success even measured for second-tier events?