LPGA: In the pipeline

January 06, 2023
The Epson Tour announced yesterday that players will compete for a total of $4.9 million over 22 events in 2023, the largest-ever kitty in the LPGA qualification tour’s 43-year history.
Sports BizGolf 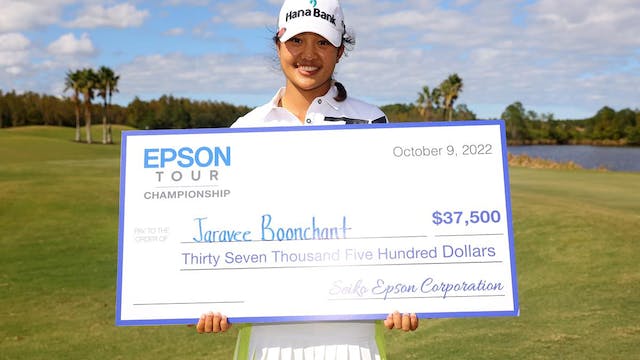 The GIST: Another day, another increased prize purse in women’s golf. The Epson Tour announced yesterday that players will compete for a total of $4.9 million over 22 events in 2023, the largest-ever kitty in the LPGA qualification tour’s 43-year history.

The tour: Golfers play across the U.S. in a season that mirrors the sport’s premier LPGA Tour, with the campaign’s top 10 earners qualifying for the following year’s top-tier competition. The 2023 Epson Tour tees off on February 27th at the Florida’s Natural Charity Classic, and wraps up on October 8th with the Epson Tour Championship in Daytona Beach.

The details: The prize pool is an increase from last year’s total of $4.41 million, with three more tournaments joining the fold in 2023 — the Hartford HealthCare Women’s Championship, the Utah-hosted Black Desert Resort Championship and an untitled event in North Carolina. Notably, the Black Desert Resort event’s $300k purse is the Tour’s second-largest of the season.

Zooming out: Women’s golf typically attracts more sponsors than its counterparts, and Epson’s funds for the player pipeline only bolster the sport’s business cred. The LPGA’s success selling its second-tier product may strengthen arguments for developmental leagues elsewhere — something WNBA players have often advocated for. A rising tide lifts all boats.