Australia: Having a women’s sports moment 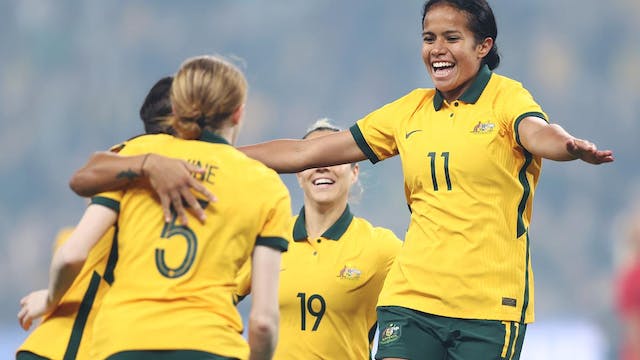 The GIST: While North America relaxed during the long weekend, Australia kept busy. Women’s sports entities received a good deal of investment over the last few days, building the island nation’s case as a burgeoning hub for women’s sports in the process. G’day, indeed.

The pivot: Last Friday, national soccer body Football Australia picked women’s soccer over men’s, saying it would drop its campaign to host the 2023 men’s AFC Asian Cup, but will submit a “formal and comprehensive bid” to host the women’s continental championship in 2026.

The brands: Longtime sponsors are keeping the good times rolling. Cadbury renewed its commitment to the Matildas (the national women’s soccer team) on Monday. Defender Alanna Kennedy will stay on as a brand ambassador through the new deal, which runs until 2026. Talk about perfect timing.

The broadcasts: The rising tide is lifting Aussie women’s hoops, too. The Women’s National Basketball League (WNBL), where many WNBAers flock to in the offseason, booked ESPN and free-to-air network Nine on Friday — its first-ever broadcast deal in which it secured a fee.

Zooming out: Australia’s investment in women’s sports comes as the country prepares to show the world what it’s got. Sydney will hold the FIBA Women’s Basketball World Cup this month, and Australia will co-host the 2023 FIFA Women’s World Cup with New Zealand next July. A ripsnorter of a move.