WNBA nears its expected two-team expansion announcement - where next? 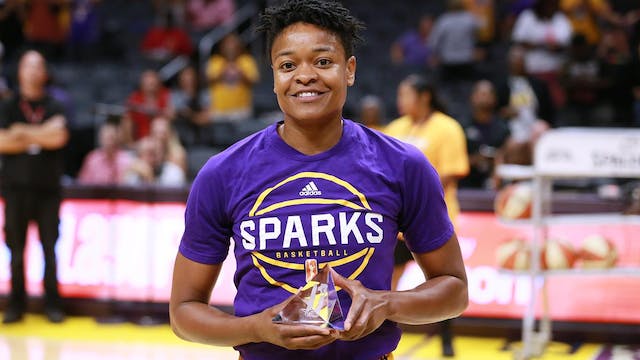 The GIST: Oakland is mounting a full-court expansion press. Yesterday, two-time WNBA defensive player of the year Alana Beard provided an update on her dream of bringing women’s basketball to NorCal, a timely reminder as the W nears its expected two-team expansion announcement.

The details: Since partnering with the African American Sports & Entertainment Group (AASEG) last year, the retired pro has talked with the league’s counsel, basketball operations and finance teams. The AASEG and Beard are now working on securing more than $20 million in capital to buy into the WNBA.

The context: The AASEG is shaking and baking outside of women’s hoops, too. Last month, as part of a larger Oakland infrastructure plan, the group announced plans to bid for an NWSL expansion team in 2024 or 2025. The idea includes buying a stake in and building facilities at the Coliseum complex, owned by the city and MLB’s Oakland Athletics.

Zooming out: Beard’s PR push for Oakland is smart as it serves as a reminder of the city’s qualifications — it boasts an eager ownership group, is larger than two cities with WNBA teams (Minneapolis, MN and Uncasville, CT), and has a basketball-sized void to fill after the Warriors left for San Francisco in 2019.