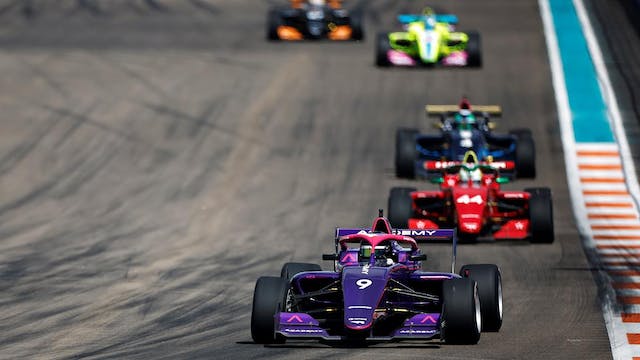 The GIST: The W Series’ motor is officially running. The race car championship kicked off its 2022 season this weekend in Miami with a brand-new U.S. media partner — ESPN. On the heels of its new deals with British broadcaster Sky and Miami title sponsor Hard Rock International, the W Series announced the agreement with ESPN on Thursday.

The details: ESPN, which overtook premium channel beIN SPORTS to land the W Series’ rights, will air all 10 races — races that were strategically scheduled at eight of the 2022 Formula One Grand Prix weekends. W Series coverage will appear across ESPN’s platforms, including ESPN2, ESPNU and ESPNEWS.

Zooming out: With F1 and auto racing fandom on the rise stateside, this broadcast deal couldn’t come at a better time. The W Series now has an opportunity few women’s sports properties are afforded — the chance to grow alongside its male equivalent, versus as a secondary phase of expansion.