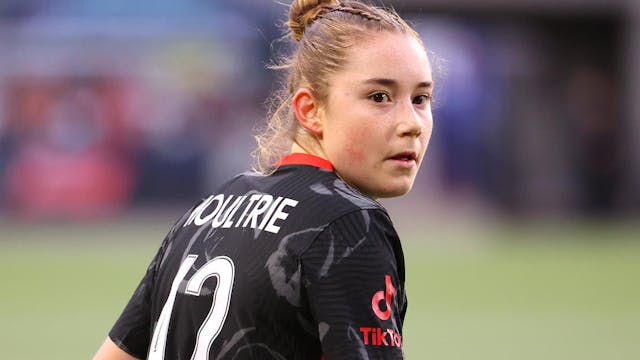 The company: Britain’s Playermaker operates in wearable tech, offering a sensor that straps to cleats to help players track acceleration, dribbles, top speed and kick velocity. The company recently raised $40 million and plans to expand into other sports. Its next stop? Basketball.

The details: Sixteen-year-old Moultrie will headline Playermaker’s “Like A Girl” campaign, focused on closing the gender gaps in sports by increasing equitable access to performance tech (and the data that comes with it). Moultrie will star in the campaign’s corresponding short film and appear in social media posts for the brand. ’Cause she run it like a girl.

Zooming out: Yes, betting on young athletes as brand ambassadors is just that — a bet. However, in the quickly-growing women’s sports space, it’s a risk that reaps rewards.