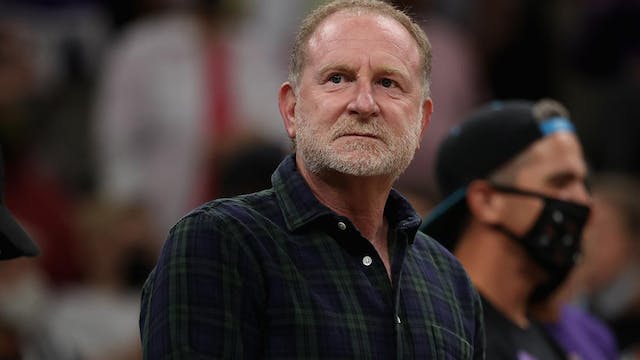 The GIST: The outcry following the NBA’s one-year suspension of Phoenix Suns and Mercury owner Robert Sarver for racist and sexist comments is growing. Franchise partner PayPal and minority investor Jahm Najafi criticized both Sarver and the short punishment last week, calling for him to sell the basketball teams.

The sponsor: On Friday, PayPal said it would not renew its deal when it expires at the end of the 2022–23 NBA season if Sarver still owns the franchise. The fintech company signed on with the Suns and the WNBA’s Mercury in 2018, reportedly paying $3 million for the 2021–22 NBA season alone.

The owner: Minority owner Jahm Najafi, who holds the second largest stake in the franchise, called for Sarver’s resignation in a letter on Thursday. Najafi wrote that he has no intentions to become the majority owner, but will “work tirelessly to ensure the next team steward treats all stakeholders with dignity, professionalism and respect.”

Zooming out: PayPal is acting in line with the basketball community by denouncing Sarver and the NBA. As a result, it becomes one of the first to demonstrate how sponsors should respond to discrimination and toxicity amid a continuing cultural reckoning.