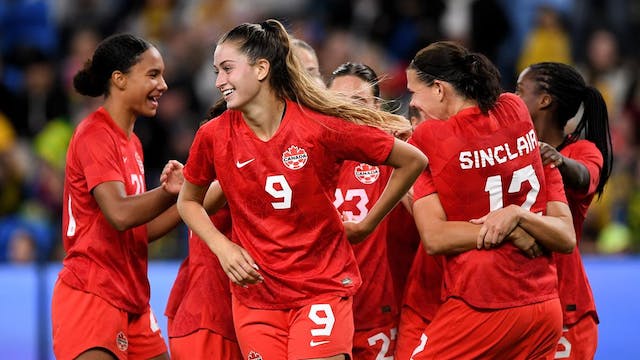 The GIST: Soccer kits are about to be as chic as Canadian tuxedos in the Great White North. Two Canadian soccer legends announced Monday that the country’s first-ever professional women’s league will aim to begin play in April 2025, with two markets and two major sponsors already booked.

The leadership: Retired midfielder Diana Matheson is building the (currently untitled) league with her business partners at Project 8 Sports Inc., a seven-month-old commercial vehicle that’s brand new to the sports industry. CanWNT icon Christine Sinclair is also in the fold as a strategic advisor and brand ambassador.

The details: Vancouver Whitecaps FC and Calgary Foothills Soccer Club are the league’s first two teams, while Air Canada and CIBC are its founding partners. Six more teams are expected to join the startup next year for a reported entry fee of $5.9 to $7.3 million US, far more than the $150K US buy-in for the NWSL’s inaugural season in 2013.

The comparison: Canada’s new league may eventually become an NWSL challenger, but soccer is full of friendly competition as most countries host a domestic league. There’s no shortage of talent.

Zooming out: If Canada wants to maintain its place among the elite women’s soccer countries, it needs a domestic league. Matheson and Co.'s new league is also the first genuine offering for an underserved fanbase and for markets that may not win in the NWSL’s current expansion race but are ready for pro soccer now. Cheers to that, eh?