September 07, 2022
FIFA announced the launch of FIFA+ Collect on Monday, a digital collectible marketplace for NFTs that celebrate both the men’s World Cup in November and the women’s edition next July.
Sports BizSoccer 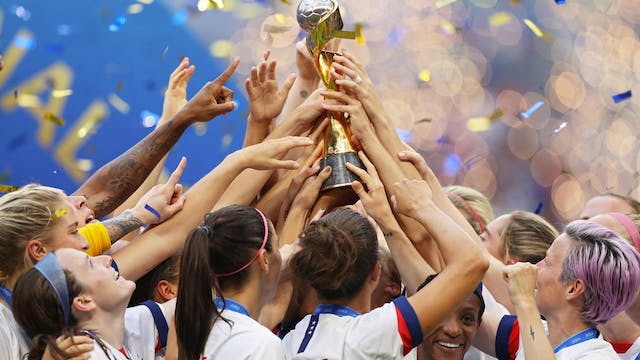 The GIST: The number of sporting events without corresponding NFTs just got smaller. FIFA announced the launch of FIFA+ Collect on Monday, a digital collectible marketplace for NFTs that celebrate both the men’s World Cup in November and the women’s edition next July.

The platform: FIFA+ Collect will exist inside the web and mobile versions of FIFA+, the free digital platform launched by the governing body in April. FIFA+ was originally billed solely as a streaming service for matches that didn’t otherwise have distribution, original documentaries and all World Cup games.

The details: The digital collectible marketplace will go live later this month in three languages — English, French and Spanish. Images and artwork from past women’s and men’s World Cups will be converted into NFTs that collectors can buy.

The context: This marks FIFA’s first project with blockchain network Algorand after the two inked a deal in May. In addition to assisting FIFA with its digital asset strategy, Algorand is now an official sponsor of the 2023 Women’s World Cup and a North American and European supporter of this year’s men’s tourney.

Zooming out: FIFA isn’t the only one combining streaming and NFTs — DAZN created a boxing-focused global marketplace in July to accompany its broadcast offerings.