Breanna Stewart campaigns for charter flights for the WNBA

January 25, 2023
Free agent Breanna Stewart went public on Sunday with a campaign to improve travel accommodations across the league and has made it a top priority as she negotiates a new contract for herself.
Sports BizBasketball 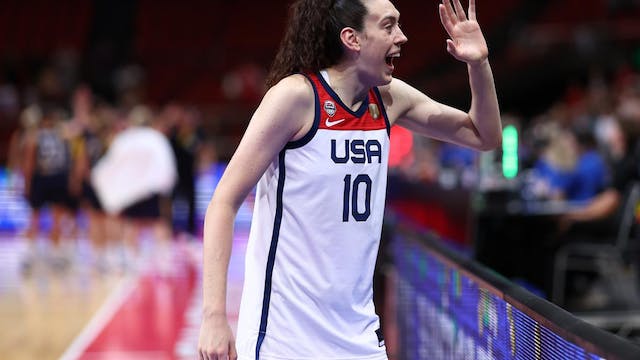 The GIST: Charter flights are the latest WNBA hot topic. Free agent Breanna Stewart went public on Sunday with a campaign to improve travel accommodations across the league and has made it a top priority as she negotiates a new contract for herself.

The details: In a tweet over the weekend, Stewart proposed using her name, image and likeness (NIL), social media posts and production hours to help pay for charter flights. Many of Stewart’s colleagues publicly supported the pitch, which reportedly stems from the need for Brittney Griner to fly privately over security concerns.

The context: After last year’s debacle that saw the WNBA fine the NY Liberty $500K for flying players private, commissioner Cathy Engelbert said the league needs sponsors to help fix the problem. “Without sponsors stepping up, it's just not in the cards right now,” she said.

The next steps: Beyond finding sponsors, change requires the approval of two groups — team owners and the Women’s National Basketball Players Association (WNBPA). The board of governors would need to vote on the issue, while the league and the WNBPA would likely need to alter the collective bargaining agreement. A long-haul flight.

Zooming out: WNBA players like Stewart are leveraging their platforms to renew the spotlight on travel arrangements, which could make the issue even harder to ignore after 2022’s noisy debate. The discussion may not only force the league’s hand, but also encourage airlines to re-evaluate their stances from last year.