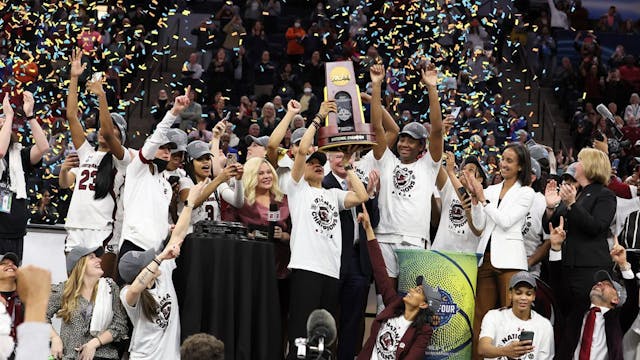 The GIST: A controversial NCAA practice could soon be a thing of the past. In a Tuesday report, the Division I (DI) transformation committee recommended restructuring the NCAA’s revenue distribution program that primarily rewards schools for their performance in just one competition — men’s March Madness.

The current model: This year, the NCAA plans to dole out $638 million to DI schools through the program, specifically $148 million in government grants, $76 million in sponsorships, $39.8 million for academic performance and $171 million based solely on universities' showings at the men’s basketball championship.

The recommendations: Among other wide-ranging suggestions in its report, the committee suggests redesigning the program with other sports in mind. It also advises the NCAA to keep sponsorship and gender equity in mind when revising its distribution plans. Sound advice, if you ask us.

Zooming out: The NCAA has a chance to snap a vicious cycle of economic inequity, especially for historically undervalued women’s sports, like basketball. Investment in less profitable sports isn’t encouraged under the current distribution program, inhibiting those competitions from fully realizing their financial potential.