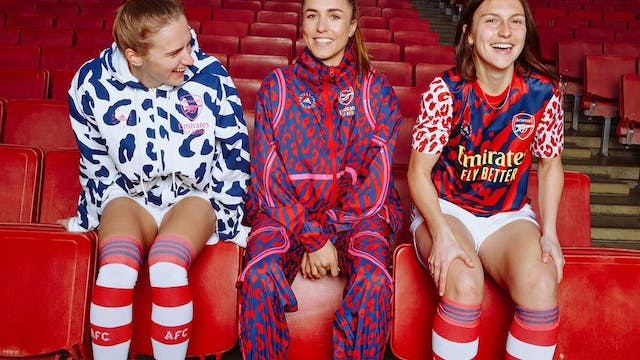 The GIST: Adidas by Stella McCartney is marking its first collaboration with a women’s soccer team by launching a 10-piece collection with English club Arsenal FC. Both the women’s and men’s teams will wear items from the limited-edition collection, but the women get first dibs. (As they should.)

The details: The centerpiece of the athleisure collection is a gender neutral pre-game jersey, which the women’s team will debut on Saturday at 10:15 a.m. ET against rivals Tottenham Hotspur FC.

Zooming out: Luxury fashion brands are increasingly playing in the sports space. McCartney, for example, has outfitted Great Britain’s Summer Olympics team since 2012, and her Arsenal collection drops ahead of July’s Women’s European Championship — an expected watershed moment for women’s soccer in England.