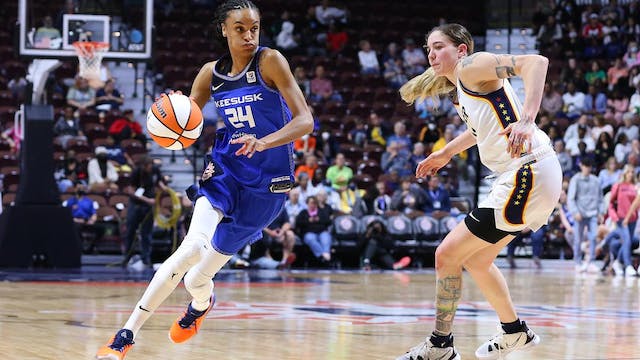 The GIST: Coinbase is doubling down on the WNBA. On Thursday, the crypto exchange platform announced a new wave of partnerships with various league stakeholders, after the brand became a partner with the W in October. The move solidifies Coinbase’s bet on basketball and furthers the WNBA’s presence in the world of blockchain.

The new deals: The platform will now sponsor the Players Association (WNBPA), the New York Liberty, the Seattle Storm, and Storm players Sue Bird and Jewell Loyd. The WNBPA partnership will provide perks for all players: Coinbase will set up accounts — with free crypto — for all 144 ballers.

Zooming out: Along with its NWSL equivalent, the WNBPA is unique among player unions in that it books commercial partners independent of its league. Given that ability, the WNBPA has specifically chosen to be a major player in the blockchain space — especially when it comes to NFTs.