There’s something good in everything Angel City FC (ACFC) sees

January 09, 2023
Last Thursday, the LA-based NWSL club revealed that it raked in mid-eight figures in revenue during its first season in the league, posting big merchandise, ticketing and sponsorship wins.
Sports BizSoccer 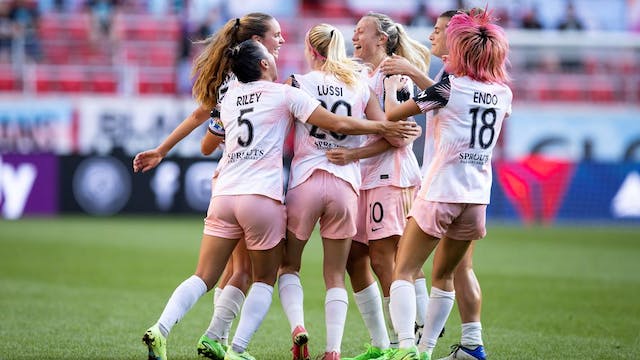 The GIST: There’s something good in everything Angel City FC (ACFC) sees. Last Thursday, the LA-based NWSL club revealed that it raked in mid-eight figures in revenue during its first season in the league, posting big merchandise, ticketing and sponsorship wins.

The merch: Head of revenue Jess Smith said the club made mid-seven figures for 2022 apparel revenue after selling merchandise in all 50 U.S. states and 46 other countries. Angel City consistently sold out of items like customizable jerseys, which go for $100 to $200 a pop.

The best of the rest: Angel City earned high-seven to low-eight figures in ticketing revenue, and interested fans kept coming back — one of its largest demos in terms of purchasing behavior dropped $2.1K on average for 2022 tickets. The club also scored more than $40 million in sponsorship deals, including several multiyear agreements.

The next steps: The team is also excelling in short-term goals like renewing season tickets — around 90% of its 14K+ base is booked to return this year — and taking a long-term approach to others. Angel City wasn’t profitable in 2022, but is aiming to change that within the next five years.

Zooming out: While ACFC earned plaudits for its sponsorship and attendance wins, its merch approach is clearly just as worthy of applause. The club successfully resonated with domestic and international fans, after decades of measly apparel options for women’s soccer teams and players.