WNBA: Shooting for that raise 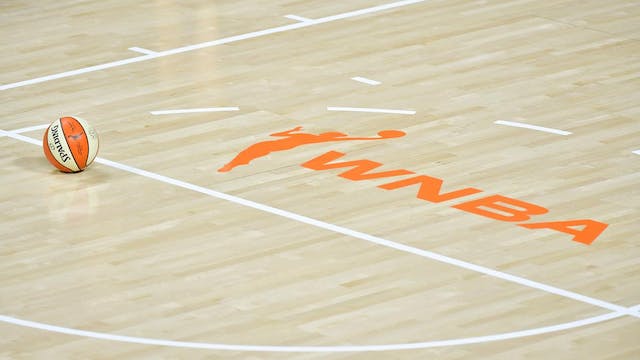 The GIST: The WNBA has scored ratings win after ratings win in recent months, and the timing of the rise couldn’t be better. According to a Friday report, the W is aiming to negotiate a new broadcast deal worth $100 million per year, which would kick in for the 2024 season.

The current deal: The league has five national broadcast partners for the 2022 season — ESPN, CBS, Amazon Prime Video, Facebook Watch and NBA TV. The W’s deals with ESPN and CBS are reportedly worth over $25 million per yearcombined, while the details of the Amazon and Facebook partnerships have not been publicly disclosed.

The context: If the W can land a $100 million deal, the influx of cash will (hopefully) go a long way to increasing players’ salaries, especially with lucrative international options coming off the table.

Zooming out: The W has quickly become the example of tangible growth in women’s sports in the U.S., and it’s past time for a media deal to reflect how the W stacks up. The league averaged 306K viewers per game during the 2021 regular season, similar to MLS viewership at 384K.