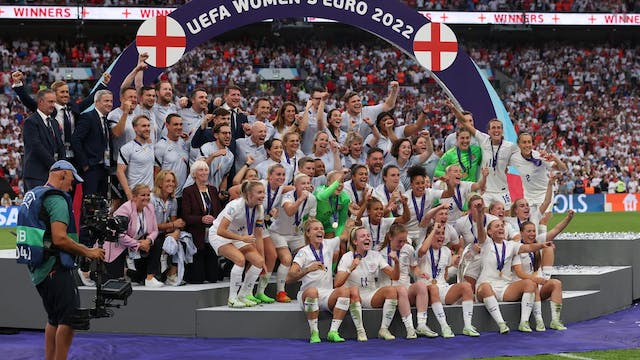 The details: UEFA projected women’s soccer’s future value using four categories — audience engagement, commercial revenue, sporting opportunities and the sport’s image. According to the report, the sport’s overall commercial value could hit $698 million in the next decade, up from last year’s $118 million.

The audience: The European fan base could grow to 328 million by 2033, as the women’s game has the unique ability to attract soccer newcomers — UEFA said almost one in three of its European fans are green to the sport.

Zooming out: UEFA’s report signals its commitment to women’s soccer after it turned the men’s game into one of sports’ most profitable ecosystems. The health of the men's game relies on successful club teams and year-round competitions, making it no surprise that UEFA identified women’s club soccer as the biggest area of growth.