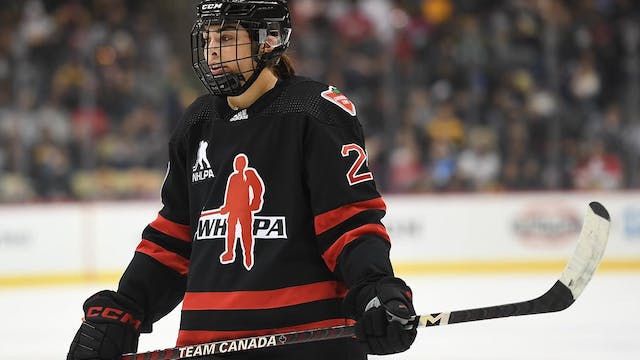 The GIST: Female hockey players are officially in the game. EA Sports introduced women’s national teams in the newly-released NHL 23, continuing the growing inclusion of women’s sports in video games.

The details: Members of the IIHF’s women’s national teams will be available for selection to Hockey Ultimate Teams (HUT) alongside their male counterparts. Female players will be incorporated into NHL 23’s HUT events and available in the new HUT features.

The trend: EA has already made similar strides in soccer. The company added women’s national teams to FIFA in 2015, and made teams from England’s Women’s Super League and France’s Division 1 Féminine available in this year’s FIFA 23. Three points for that.

Zooming out: While North America still awaits the PWHPA’s new league, EA is latching onto a women’s hockey boom that is just around the corner. Canada’s Olympic gold medal win over the U.S. in February was one of the most-watched events of the Games in the region, garnering 3.54 million viewers on NBC and 2.7 million on CBC.