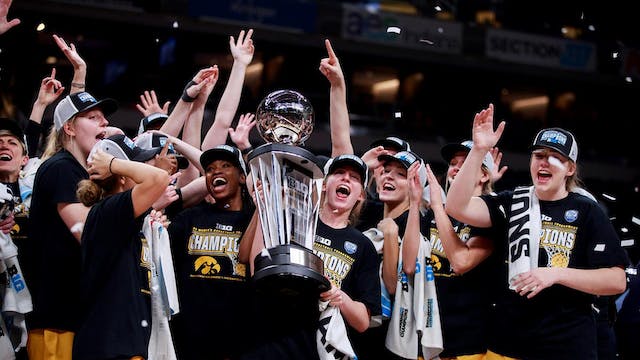 The GIST: The Big Ten conference’s mammoth $7 billion TV deal will put women’s hoops on TV. In the midst of an evolving college sports landscape, new conference partners CBS and NBC picked up the rights to the Big Ten’s slate of women’s basketball (WBB) games. They know a hot property when they see one.

The details: During the seven-year agreement, NBC’s streaming service Peacock will carry all women’s regular season games, a huge upgrade from their previous B1G+ home. And, the championship game is heading to network TV (CBS) after years on premium channel ESPN2.

The context: The Big Ten’s big deal slaps a new price tag on women’s college hoops, and comes days after the ACC Network acquired most of the ACC WBB postseason schedule from Bally Sports South. Plus, March Madness rights hit the market soon — ESPN’s deal is up in 2024, and the NCAA may sell the WBB package on its own.

Zooming out: Now, the biggest question mark in the college sports TV space is ESPN, the Big Ten’s former partner. It’s become the go-to destination for college WBB in recent years and plans to maintain that reputation, but CBS nabbed a significant property this week. Only time will tell if the move is indicative of an upcoming programming change.