September 12, 2022
Back in the States, the WNBA is shooting its shot by taking a multi-pronged approach to land a nine-figure broadcast agreement.
Sports BizBasketball 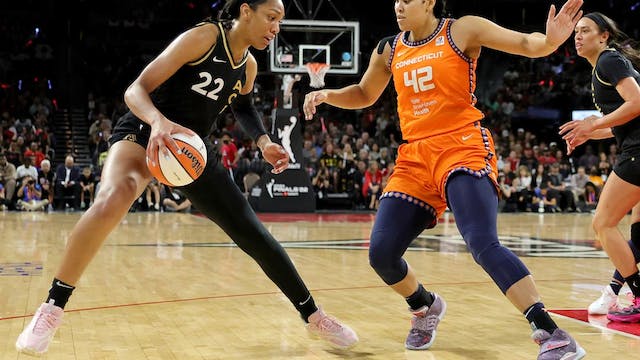 The GIST: Back in the States, the WNBA is shooting its shot by taking a multi-pronged approach to land a nine-figure broadcast agreement. Last Thursday, commissioner Engelbert said the league is eyeing a variety of media partners in a play to earn as many eyeballs as possible.

The details: Engelbert noted that the W isn’t looking for an exclusive broadcaster for the new deal. In addition to finding a TV home, the league is courting a streamer to accompany in-house streaming service WNBA League Pass.

The context: The jury’s still out on how to reach sports fans in a fractured media landscape. Viewership dropped 41% on linear channels from July to August, but live sports are still posting solid numbers on TV — 61 of the top 100 most-watched primetime broadcasts in the U.S. last year were sporting events.

Zooming out: Intentionally seeking a streamer and a TV partner allows the W to be flexible as cable and streaming services duke it out. The goal for non-exclusivity also reflects the space’s current realities — seven different broadcasters will carry NFL games this season.