The NWSL will implement VAR technology for the 2023 season 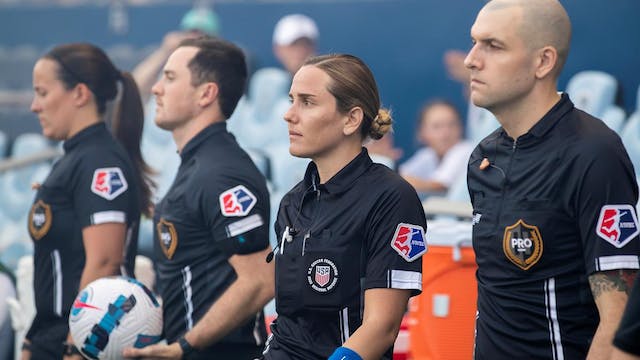 The company: Sony-owned Hawk-Eye is the go-to brand for refereeing software, and its client list backs up the claim. FIFA used Hawk-Eye at the 2019 Women’s World Cup, while MLS and England’s Premier League also count on the company’s services. Outside of soccer, the NFL and most pro tennis tournaments use Hawk-Eye.

The details: Hawk-Eye’s VAR technology will be ready when the 2023 season kicks off on March 25th. NWSL referees assigned to VAR duty will review calls at Hawk-Eye’s video review room in Atlanta, and on-field officials will be able to consult their colleagues through wireless Vokkero radio devices. Let the controversy begin.

The context: Last July, the NWSL’s board of governors voted to implement VAR in 2023 as part of a series of upgrades. It’s no small measure — the refereeing tech can cost more than $1 million a season, which is why women’s leagues have been slow to adopt, although England’s Women’s Super League is reportedly mulling it over.

Zooming out: The NWSL continues to invest in itself amid a wide-ranging professionalization effort, which includes yesterday’s decisive action following new investigations into abuse. For stakeholders old and new, it bolsters the league’s appeal as a partner enacting meaningful change and scoring impressive business wins. Clear and obvious.