The WTA, ATP and the possibility of a formal collaboration

January 23, 2023
The WTA is weighing a bevy of business decisions that could dramatically alter the sport’s financial picture, including the possibility of a formal collaboration with the ATP.
Sports BizTennis 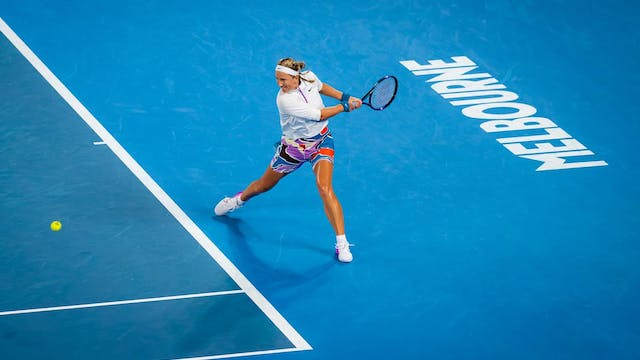 The GIST: As the Australian Open enters its second week, things are heating up on and off the tennis court. According to a Saturday report, the WTA is weighing a bevy of business decisions that could dramatically alter the sport’s financial picture, including the possibility of a formal collaboration with the ATP.

The recap: Luxembourg-based private equity firm CVC Capital Partners (CVC) has been attempting to acquire a 20% stake in the organizing body of women’s tennis. CVC expected to close the $150 million deal before 2023 after discussing details with the WTA at Wimbledon last summer, but rang in the new year without an agreement.

The details: A deal between the WTA and CVC is expected to immediately increase prize pools, while the firm’s long-term vision reportedly includes partnering with the ATP on a range of initiatives like jointly-organized events and bundling media rights and sponsorship packages.

The competition: Sinclair Broadcast Group — owner of the Tennis Channel — was in the conversation to acquire an equity stake in the WTA in hopes of expanding its global reach, as was Israeli businessman and film producer Arnon Milchan. Saudi Arabia also reportedly offered an injection of cash by hosting a tour event, but nothing materialized.

Zooming out: While many debate how to maximize tennis’ financial potential, most seem to agree there’s room for improvement. The sport rakes in $2.5 billion a year and attracts a billion fans globally, but lags behind the NFL despite its larger fanbase — the football league reports $18 billion in earnings annually with a global fanbase of 184 million.