W Series: Racing to the screen 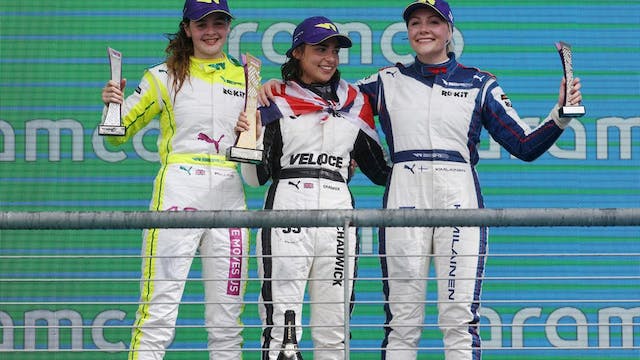 The GIST: Ahead of next week’s season-start double-header in Miami, the W Series booked a brand new partner in British broadcaster Sky. The parties announced a three-year deal yesterday, the largest media agreement in the W Series’ history. It’s time to rev those engines…and fire up those remotes.

The details: Sky will offer live coverage of all 10 qualifying and race sessions across the W Series’ eight weekends. Notably, each race weekend aligns with a Grand Prix of the W Series’ male counterpart, Formula One (F1). Motorsport fans, rejoice.

Zooming out: F1 is cruising after Netflix’s Drive to Survive increased the sport’s viewership, and the added attention could lead more eyeballs to the W Series. Per SponsorPulse,* 64.39 million Americans engaged with the W Series in the last year, not far from the 71.49 million who engaged with F1 in the same time frame.

*P.S. SponsorPulse is a launching partner of The GIST Sports Biz.