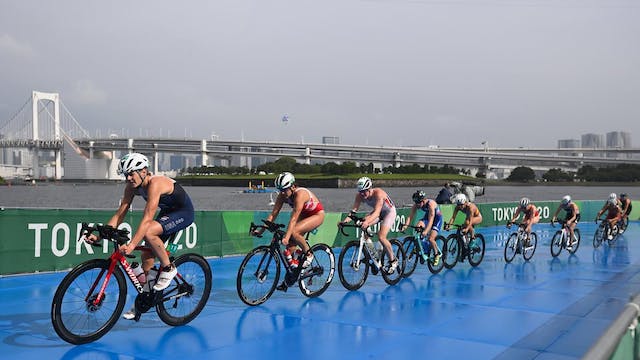 The details: Donors interested in supporting women triathletes can contribute through a portal on Team USA's site, with the money going to student-athletes who promote the competition on socials. Beneficiaries of the fund will be selected by USA Triathlon and USA Triathlon Foundation, and will receive 90% of donations.

The context: Triathlon isn’t a heavy-hitter in the college sports landscape — only 40 U.S. schools sponsor varsity women’s triathlon, and the sport isn’t fully under the NCAA umbrella. It also did not rank in the top 25 sports for compensation or activities in NIL’s first year.

Zooming out: Anyone and everyone is trying to enter the NIL space in unconventional ways, USA Triathlon included. Donor-driven collectives are usually organized by fans and wealthy parties with local ties, so the governing body’s creative play could establish a precedent for supporting overlooked sports through fundraising.